Copper is known to be specifically appropriate for joint problems which are often caused by parasitic invasion, such as Malaria, Dengue and Ross River fever infections, to name just three, these are caused by blood-sucking insect carriers which introduce the parasites when they probe the skin, always leaving parasites if the host insect is infected. Colloidal Copper has also been used as a remedy for grey hair, burns, arthritis, parasites, and viral and bacterial infections. Research has shown that Colloidal Copper can kill over 600 microbes. It is has been used to treat a wide range of inflammatory disorders, including ankylosing spondylitis, arthritis, erythema nodosum, osteoarthritis, rheumatic fever, rheumatoid arthritis, sciatica, and Wilsons disease. Copper alleviates anaemia and molybdenum deficiency, and the copper intra-uterine device (lUD) is today commonly recommended and used for birth control.

There are no reviews yet. 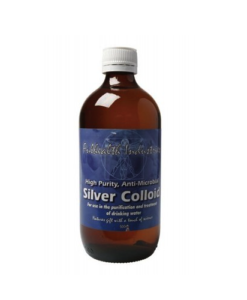